Page 39
... KASHMIR HIMALAYA Brijraj K. Das ABSTRACT The regionally
metamorphosed terrain of Doda has developed porphyroblastic minerals during
deformation which in the southwest and central part are characterized by garnet -
staurolite ...
Page 79
Mineralogically these rocks are characterized by the presence of quartz , albite ,
oligoclase ( An 2 An , c ) , microcline , perthite , biotite , sericite , chlorite ,
muscovite , andalusite , staurolite , zircon , tourmaline , sphene , epidote and
opaques .
Page 210
In the present study an attempt has been made to study the normal and reverse
zoning in garnet belonging to Zones B , C and D. The garnet in Zone B is mainly
almandine and is characterized by decreasing Mn content from its core to rim . 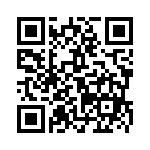