Page 6 - Death was preferible to being link'd with such a vile Crew of Miscreants, to whom it was a sport to do Mischief; where prodigious Drinking, monstrous Cursing and Swearing, hideous Blasphemies, and open defiance of Heaven, and contempt of Hell it self, was the constant Employment, unless when Sleep something abated the Noise and Revellings.
Appears in 8 books from 1923-2007

Angus Konstam has made a lifelong study of maritime history and archeology, the history of early European development, and he holds degrees in history and archeology. He is a museum professional with experience in both Britain and the United States, where he was a chief curator of the Mel Fisher Maritime Museum in Key West. He is also the author of Blackbeard: America's Most Notorious Pirate. Konstam lives in Edinburgh, Scotland.

Roger Michael Kean has been a journalist, filmmaker, and editor of historical reference books for many years, including The History of Pirates and The History of Shipwrecks. Kean is also the author of The Complete Chronicle of the Emperors of Rome and Forgotten Power: Byzantium--Bulwark of Christianity. He lives in the medieval, walled town of Ludlow in the Welsh Marches of England.

David Cordingly is an English naval historian and an authority on pirates. He is the author of Under the Black Flag, Heroines and Harlots: Women at Sea in the Great Age of Sail, The Billy Ruffian: His Majesty's Ship Bellerophon and the Downfall of Napoleon, and Spanish Gold: Captain Woodes Rogers & the Pirates of the Caribbean.

Gail Selinger has been fascinated with pirates since the age of nine. She has studied fencing and black powder weaponry, and has been a gunner on several tall ships. She has lent her expertise to many television and movie productions. As a pirate historian she writes, teaches, and lectures on the social, political, and economic ramifications of pirates throughout world history. She resides in Redlands, California. 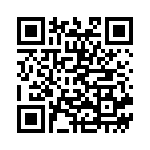