Jorge Ferrando is a frontend developer at Uni Micro AS, Norway. He develops economy systems using JavaScript. He has experience as a PHP and C# developer working for companies such as Vigilant and Dreamstar Cash.Jorge grew up in Callosa d'en Sarria, Spain. He attended the University of Alicante where he discovered that web applications are his passion. He started to develop websites when he was 16 years old for a little company in his hometown. He then started practicing at Vigilant as a junior PHP developer; there, he created his first full web application and discovered the potential of JavaScript. Hard work lead him to a bigger company, Dreamstar Cash, also as a PHP developer. There, he got to know several good developers and began to work more and more with JavaScript; thanks to the company, who wanted to use Node.js, Jorge fell in love with JavaScript and frontend development. A few months later, he moved to Norway with his girlfriend and began to work with a company that gave him new challenges every day, working with KnockoutJS, AngularJS, and Twitter Bootstrap. 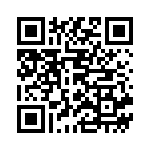