Page 43
Because in the valley there are stories within stories and it's easy to lose the
clarity of rage in the sludge of other peoples' sorrow. I ended my journey in
Kevadia Colony, where it all began. Thirty-eight years ago, this is where the
Government ...
Page 45
Kevadia Colony. Row upon row of ugly cement flats, offices, guest houses, roads.
All the graceless infrastructure of Big Dam construction. The villagers' houses
were dismanded and moved to the periphery of the colony where they remain ...
Page 70
It reached Delhi on April 7, 1999 66 Told to me by Mohanbhai Tadvi, in Kevadia
Colony, March 1999 67 Morse, 1992, op cit, p 89-94; NBA interviews, March
1999 68 NBA interviews, March 1999 69 Morse, 1992, op cit, p 277-294 70
McCully, ...

A paradigm developmental tale, which shows that how someone has to defoliate,for others to survive.An unequivocal obstinate struggle of the poor against the primacy of hegemony. Unravels scads of ... Read full review 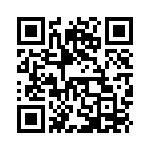