Sid Fleischman was born in Brooklyn, New York on March 16, 1920 but grew up in San Diego, California. He loved all things magical and toured professionally as a magician until the beginning of World War II. During the war, he served in the U.S. Naval Reserve, and afterwards, he graduated from San Diego State University in 1949. After graduation, he worked as a reporter with the San Diego Daily Journal. After the paper folded in 1950, he started writing fiction. He tried his hand at children's books because his own children often wondered what their father did. To show them how he created stories, he wrote them a book. He wrote more than 50 fiction and nonfiction works during his lifetime including The Abracadabra Kid: A Writer's Life; Escape! The Story of the Great Houdini; The Trouble Begins at 8: A Life of Mark Twain in the Wild, Wild West; The Thirteenth Floor; and The Ghost in the Noonday Sun. His book, The Whipping Boy, won the Newberry Award in 1987. He is the father of Newbery Medal winning writer and poet Paul Fleischman; they are the only father and son to receive Newbery awards. He also wrote screenplays including Lafayette Escadrille, Blood Alley, and The Whipping Boy. He died from cancer on March 17, 2010 at the age of 90. 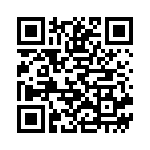