Brian Titley is Professor of Education at the University of Lethbridge. He is the author of Church, State, and the Control of Schooling in Ireland 1900-44 (1983), A Narrow Vision: Duncan Campbell Scott and the Administration of Indian Affairs in Canada (1986), and Dark Age: The Political Odyssey of Emperor Bokassa (1997). 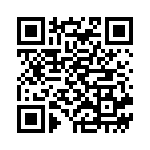