Strabo wrote the Geography between the years 17/18 and 23/24. He presents a fascinating picture of how the world appeared to the Greeks and Romans of the late 1st century BCE and early 1st century CE. Strabo's work,which was extremely long, was divided into seventeen books, probably by the author himself. Centuries later, Gustav Kramer produced a three-volume edition of Strabo' s Greek text between 1844 and 1852. Hamilton, and subsequently Fowler, translated Kramer's Greek edition into English between 1854 and 1857. Hamilton and Fowler's translation occupied three volumes; what we have here is the third volume, containing Strabo's description of the balance of the Asian peninsula (most of which is in vol. 2), India, Arabia, the Middle East, and Africa. The Hamilton and Falconer translation has its charms but was superseded by H.L.Jones' 1917-32 translation. For further details, go to www.strabo.ca. 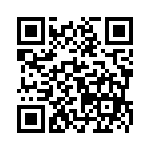