In Movie-Made America: A Cultural History of American Movies, Robert Sklar writes of film’s cultural power, “In the case of movies, the ability to exercise cultural power was shaped not only by the ... Read full review

Sklar shows that movies not only reflect our society but influence it as well. This update advances the study to 1993 films. "Well worth consideration" (LJ 10/1/75). Read full review

Robert Sklar (1936-2011) was a film historian, critic, and professor emeritus of cinema at Tisch School of the Arts, New York University. He was also the author of the prize-winning film history books "Movie-Made America: A Cultural History of American Movies" and "Film: An International History of the Mediu", as well as several other books. 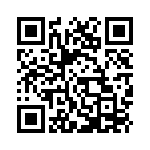