Lawrence Scott is an award-winning Caribbean novelist and short-story writer from Trinidad & Tobago. Three of his books have been shortlisted for the Commonwealth Writers' Prize. He lives in London. 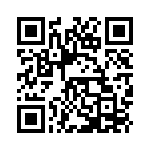