Bohdan S. Kordan is Professor and Chair of the Department of Political Studies, St. Thomas More College, University of Saskatchewan. He has co-edited several documentary and essay collections on statecraft and ethnicity in Canada. Together with Lubomyr Y. Luciuk, he coauthored A Delicate and Difficult Question: Documents in the History of Ukrainians in Canada (1986). His most recent publications include Canada and the Ukrainian Question, 1939-1945 (2001), Enemy Aliens, Prisoners of War: Internment in Canada During the Great War (2002), and A Bare and Impolitic Right: Internment and Ukrainian-Canadian Redress (with Craig Mahovsky) (2004). Peter Melnycky is a research historian with Historic Sites and Archives Service, Alberta Culture and Multiculturalism. He has written extensively on the history and material culture of the early Ukrainian settlement community in Canada. His publications include Shelter, Feed and Dray: A Structural History of the Radway Livery Barn (1989) and Badly Treated in Every Way: The Internment of Ukrainians in Quebec During the First World War. 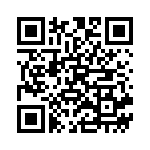