Benoît Melançon , a professor of literature at the Université de Montréal, has published and edited numerous books on Québécois and eighteenth century French literature and on the cultures of Quebec and Canada. He is research director of the Presses de l'Université de Montréal and a fellow of the Royal Society of Canada. He lives in Montreal, Quebec.

International journalist and award-winning literary translator Fred A. Reed is also a respected specialist on politics in the Middle East. He has reported extensively on Middle Eastern affairs for La Presse, CBC Radio-Canada and Le Devoir. He currently resides in Montreal, Quebec. 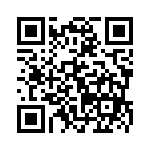