Rudolf trained as a medical doctor in Germany, graduating in 1978, then relocated to New York City to study at the Art Students' League forsix months in 1980. In 1983 he married and moved to the Orangeville (Ontario) area.Rudolf was elected to the Ontario Society of Artists in 1994 which led to exhibitions at Painted City and J. Alfred Prufrock in Toronto, Circle Arts in Tobermory and Gallery House Sol in Georgetown. He also exhibits each year in Toronto at the One of a Kind Show and t

Elizabeth Kurz is Rudolf's daughter and co-conspirator. She was sixteen years old at the time of writing An Alphabet for the Illiterate.Elizabeth attended high school in the Orangeville area. She enjoys listening to the Velvet Underground, reading Daniel Clowes, and watching films about drug abuse. She hopes to pursue a career in the publishing business, or else travel in a caravan through the dark forests of Transylvania reading tarot cards and playing tambourines around bo 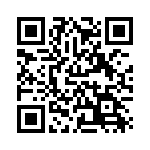