Page 130
Some feature or phenomenon is introduced from the outside, and it is changed,
or it changes automatically, or its use is adjusted, so that it fits with Japanese
patterns, becoming fully integrated into Japanese culture and bearing only
superficial ...
Page 328
The price of eating meat is becoming meat” (Valeri 2001:268). ... Huaulu religion
focuses on propitiating two sets of spirits which can become angry: the lords of
the forest, who receive the head of each hunting victim so that they will authorize
...
Page 372
At that age they become shy, reflective, self-conscious, and spend a lot of time
gazing at their image in the mirror. Similarly, in Orissa, when a girl begins to
menstruate is spoken of as a time of selfawareness, of becoming modest, bashful
(laija) ... 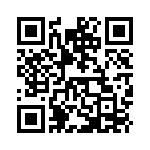