Hermann Gunkel, a high-ranking biblical scholar, was born in Springe, Germany, near Hanover, and obtained his formal education at the Universities of Gottingen, Giessen, and Leipzig. After teaching New Testament for one year at Gottingen in 1888, Gunkel devoted the rest of his academic career to Old Testament studies at Halle (1889--93), Berlin (1894--1907), and Giessen (1907--20) before returning to Halle (1920--27). Gunkel's methodological insights and conclusions are most readily evident in two masterful commentaries on Genesis (1901) and Psalms (1926). Above all, Gunkel emphasized the significance of the community as opposed to individual biblical authors and spelled out the ways in which tradition is handed down orally within the community. His isolation of various family and cultic legends in the book of Genesis and his identification of different types of psalmic composition---such as the psalm of individual thanksgiving, royal psalm, and hymn---in the book of Psalms has assuredly shaped subsequent scholarly treatment of not only these two key Old Testament books but also other books in the biblical canon.

Mark E. Biddle (Ph.D., University of Zurich) is Professor of Old Testament at the Baptist Theological Seminary at Richmond. He has written numerous articles & reviews as well as two books & four volumes of translated works. He has been pastor & in churches in Indiana, Germany, Switzerland, & Tennessee. 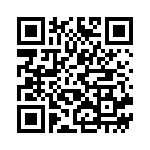