abridged to 20 pages, an hour's read but very interesting. at the same time i was listening to paul Brickhill's great escape. von werra was the only german to escape from a pow camp and he did it in canada! Read full review

James Leasor was educated at the City of London School and at Oriel College, Oxford. In the Second World War he was commissioned into the Royal Berkshire Regiment and posted to 1st Lincolns in Burma. He served for three and a half years in Burma and India. Later, on the staff of the Daily Express as feature writer and foreign correspondent, he wrote The One that Got Away in collaboration This is the story of the only German POW in the Second World War to escape from Allied hands. James Leasor then resigned from the Express and has since written many factual books and a number of novels, including the Dr Jason Love series which have been published in 19 countries. His books dealing with wartime episodes include Singapore- the Battle that Changed the World; Hess; The Uninvited Envoy, Green Beach- about a secret episode on the Dieppe raid; The Unknown Warior, dealing with anti-Nazi German nationals who served in a special unit in the British Army and Boarding Party which narrates an undercover exploit of the territorial unit, The Calcutta Light Horse. War at the Top describes the experiences of General Sir Leslie Hollis, RM, who was Senior Military Assistant Sectary to the War Office. Hollis, later Commandant General of the Royal Marines, first told James Leasor about William Doyle, The Marine From Mandalay 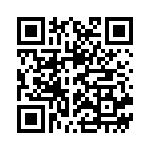