For the Star Wars fans, this is packed with terrific titbits and explanations: more generally it's one of the best accounts I've read of how you actually go about making a blockbuster movie. Not just ... Read full review

The Book is hard bound and as discribed graphics on nearly every page and the information given isnt readily avaible everywhere. Read full review 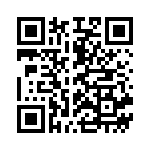