Very interesting and well written for people interested in bible prophecy as it relates to endtime events. The authors are very knowledgeable about the topic of the book. Read full review

I am in the middle of reading this book now. Many of the signs the authors point out I knew but there were others that were new to me.Fairly easly to read.Disagree with who they said crucified Christ. Read full review

Timothy LaHaye was born in Detroit, Michigan on April 27, 1926. He began preaching while working at a summer camp. In 1944, he joined the Army Air Force and was a machine-gunner on bombers in Europe. He received a bachelor's degree from Bob Jones University in 1950, doctor of ministry degree from Western Theological Seminary, and a doctor of literature degree from Liberty University. He served a congregation in Minneapolis until 1956, then became the pastor of the Scott Memorial Baptist Church in El Cajon, California for 25 years. He wrote or helped write over 50 fiction and non-fiction books. He is the co-author of the Left Behind series and the Left Behind: The Kids series with Jerry B. Jenkins. His non-fiction works cover a wide variety of subjects including marriage, family life, depression, homosexuality, anger management, education, and politics. He died days after he had a stroke on July 25, 2016 at the age of 90.

Ed Hindson is dean of the Institute of Biblical Studies and distinguished professor of Religion at Liberty University in Lynchburg, Virginia. 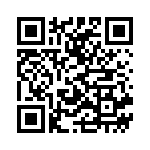