Alexander Exquemelin was born about 1645, probably in France. In 1666 he went with the French West India Company to Tortuga in the West Indies. He eventually joined the buccaneers based there, with whom be served as a ship surgeon until 1674, after which he settled in Holland. Buccaneers of America, originally published in Dutch as De Americaensche Zee-Roovers, first appeared in 1678. 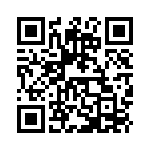