Cruel world: the children of Europe in the Nazi web

Although numerous studies examine Nazi racial policy and its implementation, independent scholar Nicholas deftly focuses her attention on how the application of these ideas affected the lives of ... Read full review

Lynn H. Nicholas was born in New London, CT, and educated in the U.S., England, and Spain. The Rape of Europa, winner of the National Book Critics Circle Award, has been translated into eight languages. It inspired an international movement to locate and repatriate works of art and other property confiscated and stolen by individuals and governments before and during World War II. Ms. Nicholas was elected to the Légion d'Honneur by the government of France and was named an Amicus Poloniae by Poland. She has become widely known as a lecturer on the issues addressed in The Rape of Europa and Cruel World and has appeared as an expert witness in art-repatriation trials and before Congress. 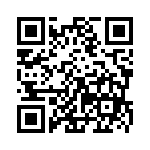