GEORG IGGERS came to the United States from Germany in 1938. After graduation for the University of Richmond (B.A.) and the University of Chicago (Ph.D.), he taught at Philander Smith College in Little Rock (1950-57), Dillard University (1957-63), and Roosevelt University (1963-65). He is Distinguished Professor of History at the State University of New York at Buffalo.
Mr. Iggers is a frequent contributor to professional journals both here and abroad. His previous books are The German Conception of History: The National Tradition of Historical Thought from Herder to the Present (Wesleyan University Press, 1968), which has been published in both German and Polish editions; The Cult of Authority: The Political Philosophy of the Saint-Simonians (Nijhoff, 1970); and editions of the writings of Saint-Simon and Ranke. 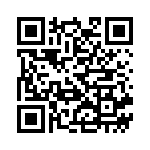