Ziya Meral is a Senior Resident Fellow at the British Army's Centre for Historical Analysis and Conflict Research, based at the Royal Military Academy, Sandhurst. He is also the director of the Centre on Religion and Global Affairs, based in Beirut, London and Accra. He frequently gives television and radio interviews for British and international media outlets, and has been cited by leading newspapers, including the Financial Times and The New York Times. He has given expert testimonies before the House of Commons Foreign Affairs Committee, as well as lectures at the US State Department, NATO Defence College and the European Commission. He holds a Ph.D. from the University of Cambridge in political science, a M.Sc. in sociology from the London School of Economics, a Masters of Divinity from the International School of Theology Asia, Philippines, and a 1st Class B.A. from the Brunel University. He also took short term courses around the world, including on genocides and prevention in Canada, and introduction to Chinese language and culture in China. 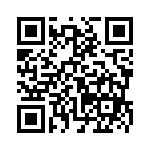