Born in London, England in 1935, Ian Hampton is an acclaimed cellist, educator and administrator. After stints with the London Symphony Orchestra and the Edinburgh String Quartet, he taught at a number of American institutions, including the University of California at Davis, before moving to Canada to become principal cellist of the Vancouver Symphony Orchestra. Among his many accomplishments, Ian is a founding member of the Purcell String Quartet and the Academy of St. Martin in the Fields, as well as Artistic Director Emeritus of the Langley Community Music School. His accolades include a BC Arts Council Award for his extraordinary contribution as a performer, teacher and administrator. In 2009, he was named a Canadian Music Centre ambassador in recognition of his contribution to Canadian music, and in 2011, he was awarded an honorary doctorate from Simon Fraser University. He lives near Vancouver. 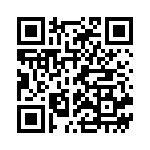