Elizabeth Popham is professor in the Department of English Literature at Trent University in Peterborough, Ontario. Her scholarly editing includes collections of the letters of E.J. Pratt and A.M. Klein. 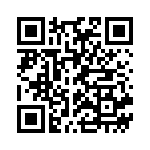