Coles entered Victoria College at the University of Toronto in 1945. He did a four-year history degree, then a two-year M.A. in English, spending two undergraduate summers in Trois-Pistoles, Quebec, learning French, and one summer travelling in Europe. He had several courses with Northrop Frye and Marshall McLuhan, whom he recalls as the best teachers of his life. In between the two M.A. years, he spent a year in London working in a bookstore, then enrolled at Cambridge from 1952 to 1954, and upon graduating was awarded a British Council grant to live in Florence for a year. It was in Stockholm that he met Heidi Golnitz of Lubeck, Germany, whom he eventually married; they lived in Copenhagen and Switzerland before coming to Canada with their daughter in 1965—supposedly for a visit, but they stayed.

It was only around 1967, in tandem with teaching, that Coles began writing poems. His first collection appeared in 1975 when he was forty-seven. It was followed quietly by several others, but he resisted becoming a public poet-persona. He was sixty-five when Forests of the Medieval World won Canada’s premier literary award. As a poet, Coles has always marched to his own drummer. He was never enamoured of the modernist poets, looking instead to what he has termed the ’Hardy-Larkin line’, those who were able to move their art back towards accessibility and the general reader. Besides his ten poetry collections, Coles has, since retirement, published a novel and a collection of essays and reviews, and translated a collection by the late Swedish poet Tomas Tranströmer.

Coles resides in Toronto, but has lived close to twenty years in western Europe, with sojourns in Munich, Hamburg, and Zurich besides cities already mentioned. A deeply private man, he lists family first among his pleasures. 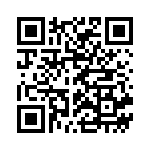