Nick Tooke was born in the UK, emigrated to Vancouver Island in 1982, and has since lived in Vancouver, Montreal, Tucson, Edmonton, Toronto and Niagara on the Lake—in that order. He now lives in Cayuga, Ontario, with his wife and daughter. The Ballad of Samuel Hewitt is his first novel. 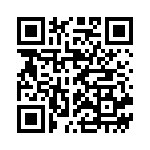