Charlene Elsby has a Ph.D. in philosophy from McMaster University, where she worked on Aristotle’s notion of non-existence. She is the president of the North American Roman Ingarden Society and vice president of the North American Society for Early Phenomenology. She is the author of several academic works on metaphysics, ontology, aesthetics, literature, and logic. Her first novel, Hexis (Clash Books), was published in February 2020. She lives in Ottawa. 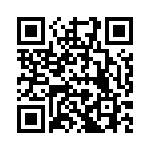