Ed Seaward is the author of a number of short stories and screenplays, including Mother Daughter Happiness, which was a finalist at the 2019 Pasadena International Film Festival. Fair is his first published novel. After thirty years in the corporate world, he now spends his time cashing pension cheques, writing, and volunteering with Canadian Authors—Toronto. He and his wife Barb split their time living in Georgetown, Ontario and Santa Monica, California. 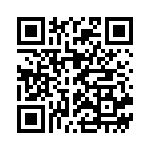