Lewis Carroll was born on the 27th of January, 1832, as Charles Lutwidge Dogson at Daresbury in Cheshire, England. Carroll is best known for his children’s books Alice’s Adventures in Wonderland and Through the Looking-Glass, which quickly became international successes and to this day inspire films, art, and research. Other famous works of his are the poems ‘The Hunting of the Snark’ and ‘Jabberwocky’. Carroll had a prodigious talent in mathematics, logics, word play and philosophy, and he spent most of his life teaching mathematics at Christ Church, Oxford. He died at the age of sixty-five on January 14th, 1898, in Surrey, England. Today there are societies around the world—perhaps most notably The Lewis Carroll Society—dedicated to the study of his life and to the appreciation of his writings.

George A. Walker is an award-winning wood engraver, book artist and author whose courses in book arts and printmaking at OCAD University in Toronto, where he is Associate Professor, have been offered continuously since 1985. His artworks are held in collections ranging from the Fisher Rare Book Library, University of Toronto, The Morgan Library & Museum, New York, and The Museum of Modern Art (MoMa), New York City and he has had over 15 solo exhibitions as well as been included in more than 100 group shows. Among many book projects—both trade and limited edition—Walker has illustrated 2 hand-printed books by internationally acclaimed author Neil Gaiman. Walker also illustrated the first Canadian edition of Lewis Carroll’s Alice’s Adventures in Wonderland and Alice Through the Looking Glass, both published by the Cheshire Cat Press. The Cheshire Cat Press is a partnership between Andy Malcolm and George Walker which continues to publish limited edition books featuring the writing of Lewis Carroll.

George Walker was elected to the Royal Canadian Academy of Art in 2002 for his contribution to the cultural area of Book Arts. He is also a member of the Arts and Letters Club of Toronto where he was featured in a solo exhibition of his books and printmaking in the spring of 2019. Walker’s latest book-length project presents the iconic life of Hollywood silent-film star Mary Pickford in a suite of 87 wood engravings. 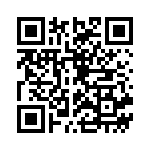