Born in 1936, and raised in New Westminster, British Columbia, Daryl Hine studied classics and philosophy at McGill University in Montreal, and earned a Ph.D. in comparative literature at the University of Chicago. He was the editor of Poetry magazine from 1968 to 1978, and taught at the University of Chicago, Northwestern University and the University of Illinois at Chicago. As a poet, Hine was known for his learned wit, formal mastery, and cosmopolitan sensibility. He published eighteen volumes of poetry, several works of prose and verse drama, and five books of translations from ancient Greek and Latin poets. He was awarded a Guggenheim Fellowship in 1980, and a MacArthur Foundation Fellowship in 1986, among other awards. In 2010 he was a finalist for the Governor General’s Literary Award in Poetry. Hine died in 2012 in Evanston, Illinois, at the age of 76.

James Pollock is the author of Sailing to Babylon (Able Muse Press, 2012), which was a finalist for the Griffin Poetry Prize and the Governor General’s Literary Award in Poetry, runner-up for the Posner Poetry Book Award, and winner of an Outstanding Achievement Award in Poetry from the Wisconsin Library Association; and You Are Here: Essays on the Art of Poetry in Canada (The Porcupine’s Quill, 2012), a finalist for the ForeWord Reviews Book of the Year Award for a collection of essays. He grew up in Woodstock, Ontario, studied English literature and creative writing at York University in Toronto, and earned a Ph.D. in literature and creative writing from the University of Houston. He is a professor at Loras College in Dubuque, Iowa, where he teaches poetry writing, Canadian culture, and modern and contemporary American poetry. He lives with his wife and son in Madison, Wisconsin. 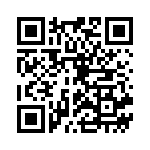