Born in Saint John in 1911, Kay Smith was a poet and educator whose career spanned more than fifty years and whose circle included such luminaries as painter Miller Brittain and writer-artist P. K. Page. Smith was known for her modernist style and her distinctly metaphysical poetic sensibility, and her poems frequently appeared in major literary publications such as Contemporary Verse, The Cormorant and The Fiddlehead. She published her first book, Footnote to the Lord’s Prayer, in 1951, and her last, The Bright Particulars, in 1987. Kay Smith died in 2004.

Michael Oliver is the author of two monographs on the poet Alden Nowlan, and of a number of creative and critical writings that have appeared in various journals and anthologies. His latest book is a novella called The Final Cause of Love (Poietikos Editions) and he has recently finished writing a suite of twenty-five poems entitled The Poet Orpheus. Oliver knew Kay Smith when he was teaching at UNBSJ, and once shared a poetry reading with her at the New Brunswick Museum—an experience he vividly remembers for the brilliance of her subtle poems and the gracious manner of her reading. 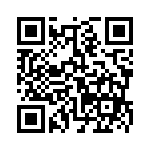