A member of the Wood Engravers’ Network, Gerard Brender ŕ Brandis has produced hundreds of drawings, wood engravings and watercolours of plants, landscape, buildings and musical instruments. These images have appeared in books, including Wood, Ink and Paper, At Water’s Edge and Portraits of Flowers (all published by The Porcupine’s Quill) as well as in his own handmade editions. His work is represented in the collections of the Royal Botanical Gardens (Hamilton, Ontario), the Missouri Botanic Garden, the Arnold Arboretum and the Hunt Botanical Library. His garden and his studio are located in Stratford, Ontario.

Marianne Brandis was born in the Netherlands in 1938 and came to Canada in 1947. After earning her BA and MA from McMaster University, she worked in radio and taught at Ryerson Polytechnical Institute (now University) before becoming a full-time writer. Most of her work has a historical element. She is the author of award-winning historical fiction and has also written biography and memoirs. Pursuing her interest in the relations between people and their surroundings, she has researched and written about Toronto’s ravines, environmental and social issues in Malawi, and urban design and planning projects in her current hometown of Stratford, Ontario. 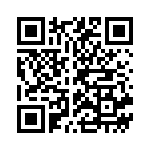