Douglas Gordon Jones was a Canadian writer, translator and critic. Born in 1929 in Bancroft, ON, he studied English Literature in university at McGill and Queen’s. He continued his career in academia, teaching at Bishop’s University before settling into a post at the Université de Sherbrooke. While there, he co-founded a bilingual literary journal ellipse: Writers in Translation (1969-2012), the only magazine of its kind in Canada. Jones was the author of ten books of poetry, and won the A. J. M. Smith Award for Poetry (1977), the A. M. Klein Prize for Poetry (1989, 1995) and the Governor General’s Award, once in 1977 for his collection of poems, Under the Thunder the Flowers Light Up the Earth, and again in 1993 for his translation of Normand de Bellefeuille’s Categorics: 1, 2 & 3. In 2007, he was appointed an Officer of the Order of Canada. Jones passed away in March 2016 in North Hatley, Quebec.

Jim Johnstone is a Canadian writer, editor, and physiologist. He is the author of four books of poetry: Dog Ear (Véhicule Press, 2014), Sunday, the locusts (Tightrope Books, 2011), Patternicity (Nightwood Editions, 2010) and The Velocity of Escape (Guernica Editions, 2008), as well as the subject of the critical monograph Proofs & Equational Love: The Poetry of Jim Johnstone by Shane Neilson and Jason Guriel. He has won several awards including a CBC Literary Award, Matrix Magazine’s LitPop Award, The Fiddlehead’s Ralph Gustafson Poetry Prize and This Magazine’s Great Canadian Literary Hunt. Currently, Johnstone is the Poetry Editor at Palimpsest Press, and an Associate Editor at Representative Poetry Online. 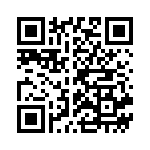