Mark Huebner is a Canadian advertising copywriter and commercial illustrator. After studying film directing and screenwriting at New York University, Oral Roberts University, and University of Winnipeg, Mark started his career in film production before discovering that copywriting provided a broader channel for his compelling narratives. He is the author of Sports Bloopers: All-Star Flubs and Fumbles (Firefly Books, 2003), a YALSA Quick Pick for Reluctant Young Adult Readers. Let Go is his first published work of fiction. He lives in Toronto. 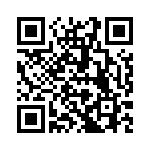