Christopher Pratt is a prominent Canadian painter and printmaker known for creating meticulously precise images of Atlantic Canadian settings. Born in St. John's Newfoundland in 1935, he studied art at the Glasgow School of Art and Mount Allison University in Sackville, New Brunswick, before deciding in 1963 to dedicate himself to his art full time in his home province of Newfoundland. His works have been exhibited nationally and internationally, and have received many prestigious awards and honours. In 1980, he designed Newfoundland and Labrador's provincial flag. He was named a Companion of the Order of Canada in 1983. Pratt lives and works in St. Mary's Bay in Newfoundland. 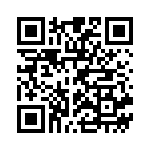