Garie McIntosh considers himself a storytelling-communicator and a grammar enthusiast. His career focus is to write novels and educate others on the effective use of English in literary manuscripts. His objective through this focus is to make the elements and tools of his own success available as an educational component or through an academic discipline of his educational editing-service business, McIntoshLinguistics.

Writing fictional narrative, and grammatical and linguistic pursuits have now been Garie's passion since 2016. He considers that storytelling is analogous to communication. His goal and purpose are to write stories with strong, authentic characters that are defined by strong writing and themes, thereby reinforcing the power of communication. What’s in a Name is Garie's first novel. He wrote it out of an admiration for his grandmother and her wisdom. Visit his website at www.GarieMcIntosh.com. 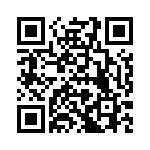