Per K. Brask is an accomplished dramaturge and author who has published poetry, plays, short stories, essays and literary translations...and more.

Fictive Press has published his last two poetry collections, A Spectator and Above Palm Canyon and Other Places in the Mind. In October, 2014, he luanched his translation of Andreas Simonsen's Foundational Thoughts in Judaism at a joint event at McNally Robinson Booksellers in Winnipeg, Canada, where his wife, Carol Matas, an award-winning children's and YA author, also launched Tucson Jo, an historical novel for middle grades.

Since 1982, Per Brask has taught acting, playwriting, directing, theatre aesthetics and play analysis in the Department of Theatre and Film at the University of Winnipeg (Canada) and was appointed Visiting Professor in Theatre and Consciousness at the University of Lincoln (UK) from 2010 to 2013. In 2014, he was guest editor of the special issue on the Winnipeg Mennonite Theatre for Rhubarb Magazine. 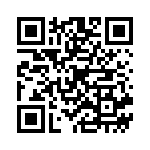