Do you love flappers and gangsters? See yourself in a fedora or fringe?

The Roaring Twenties and Prohibition were a fantasy land, coming right after the horrors and social upheaval of World War I. Even a century later, it all seems so exotic.

Women got the vote, started working outside the home, and (horrors!) smoked and drank in public places. They even went on unchaperoned dates (gasp)! Corsets were thrown into the back of the closets, and shoes were discovered to be an addictive fashion accessory after hemlines started to rise. And thanks to Prohibition, suddenly it was fashionable to break the law. The music was made in America- ragtime, delta blues, and of course jazz. Cocktails were created to hide the taste of the bathtub gin. Flappers were dancing, beads and fringes flying. Fedoras were tipped. And everyone was riding around in automobiles (aka struggle buggies and I leave it to your imagination why- wink.)

Bootleggers' Chronicles grew out of that fascination. Writing as Sherilyn Decter, I will eventually have a series of historical crime fiction novels dealing with the bootleggers, gangsters, flappers, public corruption, and the general lawlessness that defined Prohibition.

Growing up on the prairies and living next to the ocean, I am a creature of endless horizons. Writing allows me to discover what's just over the next one. I live in a century old house and perhaps its creaks and groans have inspired my love of history. My husband and I have three amazing daughters, a couple of spoiled grandchildren whom I adore, and two bad dogs.

For more information about Sherilyn Decter, visit her webpage at https://sherilyndecter.com 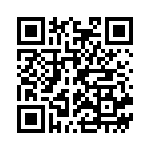