Peter Jobin is an actor and writer who has participated in Canadian theatre and film for over fifty years. Born in Montreal, he appeared in plays in Canada, the USA and the UK before beginning a career as a screenwriter. He is known for films such as Happy Birthday to Me (1981) and Diamond Cut Diamond (2001). He lives in Toronto.

Lionel Douglas was a major force during the glory days of Rochdale. A master raconteur and polymath he could work a room like nobody’s business, and had an amazing vision of that not yet done. He loved photography and Ducati motorcycles. The former you will enjoy in these pages, the latter killed him.

Bob Nasmith was, briefly, president of Rochdale and a photographer. Most of his photographic work (both his work as a combat photographer in Vietnam and his later work) did not survive the whips and scorns of time but his association with Theatre Passe Muraille as artist and board member has lasted 48 years. He is quite a good actor. 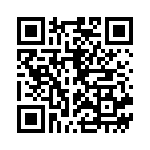