Anna Albo was born and raised in Winnipeg, Manitoba. She’s a prairie girl who loves the city. Anna is second generation Italian-Canadian, which means two things: she has a fiery temper and loves to cook. Both those qualities can be found in her books.

From new adult to chick lit and everything in between, Anna writes contemporary romance and women’s fiction that makes people laugh and love.

She received an Advanced Degree in Political Studies from the University of Manitoba and the knowledge she gained there creeps up in her books along with the occasional historical reference. She is a history buff.

When Anna isn’t writing her latest book, she’s blogging about dogs, or healthy living, or enjoying a cup of tea while attempting to create a culinary masterpiece.

She lives in Winnipeg with her partner, his two cats and her dog. 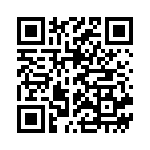