Derk Wynand was born in Bad Suderode, Germany, in 1944, not quite a week after D-Day. He arrived in Vancouver with his mother and brother in the fall of 1952, half a year after his father had come to Canada to establish a new life for himself and his family. After receiving his BA in English and philosophy from the University of British Columbia in 1966, Wynand taught for the Berlitz School of Languages in Montreal and Drummondville before returning to complete an MA In creative writing at UBC in 1969, where he studied with J. Michael Yates and Michael Bullock. While there, he began to translate the works of H.C. Artmann and others, a practice he continued during his time at the University of Victoria, where he taught from 1969 to 2004, serving two terms as chair of the Department of Writing and working in many capacities for The Malahat Review, including as editor from 1992 to 1998. Soon after he started teaching at UVic, he met his future wife, Eva, who provided the impetus for much of the work that followed, collected in eight books and three chapbooks of poetry, and in an experimental novel. He lives in Victoria, BC.

John Barton’s twenty-six books, chapbooks and anthologies include West of Darkness: Emily Carr, a Self-Portrait; Hypothesis; Seminal: The Anthology of Canada’s Gay-Male Poets; For the Boy with the Eyes of the Virgin: Selected Poems; Polari; and We Are Not Avatars: Essays, Memoirs, Manifestos. He is also the editor of The Essential Douglas LePan. During a three-decade career in literary magazine publishing, he served as co-editor of Arc Poetry Magazine and editor of The Malahat Review. Lost Family: A Memoir, his twelfth collection of poems, is forthcoming in the fall of 2020. He lives in Victoria, BC. 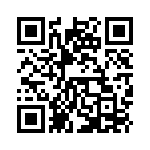