George A. Walker (Canadian, b. 1960) is an award-winning wood engraver, book artist, teacher, author, and illustrator who has been creating artwork and books and publishing at his private press since 1984. Walker’s popular courses in book arts and printmaking at OCAD University in Toronto, where he is Associate Professor, have been running continuously since 1985. For over twenty years Walker has exhibited his wood engravings and limited edition books internationally, often in conjunction with The Loving Society of Letterpress (and The Binders of Infinite Love) and the Canadian Bookbinders and Book Artists Guild (CBBAG). Among many book projects Walker has illustrated two hand-printed books written by internationally-acclaimed author Neil Gaiman. Walker is also the illustrator of the first Canadian editions of Lewis Carroll’s Alice’s Adventures In Wonderland and Alice Through the Looking-Glass books (Cheshire Cat Press). George A. Walker was elected to the Royal Canadian Academy of Art for his contribution to the cultural area of Book Arts. 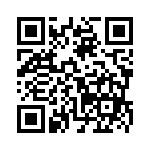