Meh. Zlata writes without the level of emotion required to draw me in. Quite a bit of it was just a relaying of events. She seems largely disconnected from what was going on around her. Read full review

It's hard to rate & review a diary. I found this enlightening, given my relative ignorance in respect to wartime in Sarajevo in the early 1990's. However, it wasn't what I would call a gripping read ... Read full review

Zlata Filipovic wrote her diary between September 1991 and October 1993. Following its publication, she was awarded the Special Child of Courage Award by the Simon Wiesenthal Center. She and her family left Sarajevo in December of 1993, and used the proceeds from the book to launch a charity for child victims of the Bosnian war. 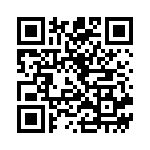