Scholar and author Jack Lawrence Granatstein was born in Toronto in 1939. Considered an authority on 20th century Canadian national history (particularly foreign and defense policies), Canadian-American relations, the military, public service, and politics, Granatstein regularly comments on historical questions and public affairs in the media. He is a graduate of both Le College Militaire Royal de St. Jean (1959) and the Royal Military College in Kingston (1961). Granatstein also received a master's degree from the University of Toronto in 1962 and a Ph.D. from Duke University in 1966. He served in the Canadian Army from 1956 to 1966. Afterward, Granatstein joined the History Department at York University in Toronto, where he is now Distinguished Research Professor of History Granatstein's scholarly and popular books are many. They include The Politics of Survival: The Conservative Party of Canada 1939-45 (published in 1967), Peacekeeping: International Challenge and Canadian Response (1968), and Canada's War: The Politics of the Mackenzie King Government 1939-45 (1975). Among his more recent works are the Dictionary of Canadian Military History (1992), The Generals: The Canadian Army's Senior Commanders in the Second World War (1993, 1995), The Good Fight: Canadians and World War II (1995), and Who Killed Canadian History (1998). Granatstein was awarded the Tyrrell Medal for Canadian History in 1992 and the Medal for Biography from the University of British Columbia in 1993. He was granted honorary degrees from Memorial University and the University of Calgary. 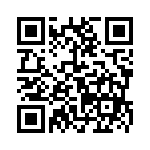