Vilhjalmur Stefansson (1879 - 1962), son of Icelandic immigrants in Manitoba and North Dakota, was affiliated with Harvard's Anthropology Department and Peabody Museum. His association with Dartmouth began in 1929, and his later visits laid the foundation for the polar study program formally established in 1953.

Gísli Pálsson is Professor of Anthropology and Director of the Institute of Anthropology at University of Iceland. He has written extensively on such issues as environmental debates, property rights, fishing skills, fieldwork, biotechnology, language, and cognition. His newest book is The Textual Life of Savants: Ethnography, Iceland, and the Linguistic Turn (1997). 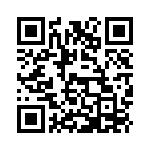