Dostoevsky's unorthodox work, which began as a series of columns in 1873, is a pastiche of genres--fiction, journalism, political and cultural criticism, and autobiography. Intended as a vehicle for ... Read full review

Fyodor Mikhailovich Dostoyevsky (Russian: Фёдор Миха́йлович Достое́вский; IPA: [ˈfʲodər mʲɪˈxajləvʲɪtɕ dəstɐˈjefskʲɪj] ; 11 November 1821 - 9 February 1881 ) sometimes spelled Dostoevsky, was a Russian writer of novels, short stories and essays. Dostoyevsky's literary works explore human psychology in the troubled political, social and spiritual context of 19th-century Russian society. Although Dostoyevsky began writing books in the mid-1850s, his best remembered work was done in his last years, including Crime and Punishment, The Idiot and The Brothers Karamazov. He wrote eleven novels, three novellas, seventeen short novels and three essays and is often acknowledged by critics as one of the greatest and most prominent psychologists in world literature. 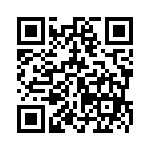