Sallie Wagner first visited the Southwest with her father in 1926. She earned a Bachelors degree in anthropology at the University of Chicago. Soon after she married Bill Lippincott, the couple moved to Arizona, where he briefly worked as a park ranger at Canyon de Chelly before they established the trading post at Wide Ruins. Wagner spent over seventy years in the Southwest, the majority in Santa Fe, where she was a lifelong activist and philanthropist, supporting many cultural, educational, and social causes and organizations until her death in 2006 at the age of ninety-three. 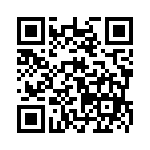