Ibn Warraq, Islamic scholar and a leading figure in Koranic criticism, is a visiting fellow at the Center for Law and Counterterrorism, a project of the Foundation for Defense of Democracies. He is the author of five important and distinguished books on Islam and Koranic criticism, including the classic Why I am Not a Muslim, 1995, The Origins of the Koran, 1998, The Quest for the Historical Muhammad, 2000, What the Koran Really Says, 2002, Leaving Islam: Apostates Speak Out, 2003, Virgins? What Virgins? And Other Essays, 2010; and the forthcoming Which Koran??all Prometheus Books. Warraq's op-ed pieces have appeared in the Wall Street Journal in America and The Guardian in London, and he has addressed distinguished governing bodies all over the world, including the United Nations in Geneva, and Members of the Dutch Parliament, at The Hague. Mr. Ibn Warraq completed in 2007, a critical study of the thought of Edward Said, Defending the West, which Paul Berman, author of Terror and Liberalism, described as ?a glorious work of scholarship, and it is going to contribute mightily to modernizing the way we think about Western civilization and the rest of the world". 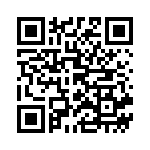