This was probably an excellent book in 1976, but it's extremely dated. Fun to see how some of his predictions have come true or not, though! Read full review

Robert Neil Butler was born on January 21, 1927. He graduated from Columbia University. He was a physician, gerontologist, and psychiatrist. He was a lead investigator of one of the first interdisciplinary, comprehensive, longitudinal studies of healthy community-residing older persons, which resulted in the book Human Aging. He founded the National Institute on Aging and the first department of geriatrics at a U.S. medical school. In 1976, he won the Pulitzer Prize for General Non-Fiction for Why Survive?: Being Old in America. His other works include Aging and Mental Health: Positive Psychosocial and Biomedical Approaches, Life in an Older America, The New Love and Sex after 60 and The Longevity Revolution. He also wrote over 300 scientific and medical articles. He died of leukemia on July 4, 2010 at the age of 83. 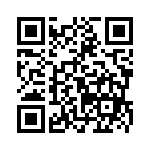