This may be called an excellent primer to populism. Abd, this is the third time I have read this book! For many of us, who call leaders populist, in our daily speech, there has never been a clear ... Read full review

A wonderful book about this modern political phenomenon. The author argues that the core claim of populism is moralized antipluralism. A populist leader claims to be a spokesperson for the common ... Read full review

Jan-Werner Muller is Professor of Politics at Princeton University. He is author of several books, most recently Contesting Democracy: Political Ideas in Twentieth Century Europe. He contributes regularly to London Review of Books, the Guardian, and the New York Review of Books. 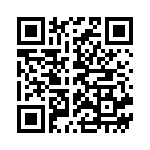