David H. Price: David Price is the author of Threatening Anthropology: McCarthyism and the FBI’s Surveillance of Activist Anthropologists and Anthropological Intelligence: The Deployment and Neglect of American Anthropology in the Second World War (both published by Duke University Press). He is a frequent contributor to CounterPunch. He teaches at St. Martin's College in Lacey, Washington. 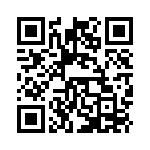